Home » Blog & News » Education » A Proposition to Reintroduce Wolves to Colorado Has Passed: How it came to be and what it means for the state’s future

On November 9th after an extremely close vote, Colorado passed a bill requiring Parks and Wildlife to create a plan to reintroduce grey wolves to their once native habitat of Colorado’s mountains. With the chaos of this recent election, a lot of the information surrounding this bill got lost in the noise, leaving people with a lot of questions. Why is this on the docket in the first place? Are wolves really necessary to the ecosystem here? How will it impact people who live and recreate in those areas? Will I be safe when I go on a hike?

Understanding how this bill came to fruition requires a dive into the history of the canid predators in the region. Gray wolves were once native to Colorado, Wyoming and Montana until westward expansion brought eradication programs that quickly decimated the western populations. By the mid 1940s, wolves had been completely eradicated from Colorado’s mountains. The gray wolf was the last major ungulate predator in the state, and the species’ local extinction is a major reason elk populations have spiraled out of control. Uninhibited growth of elk populations has resulted in what’s called a top-down trophic cascade, choking the ecosystem in high elk density areas such as Rocky Mountain National Park. Basically, removing a large natural predator causes large herbivores, such as elk and deer, to multiply unchecked. In turn, those herbivores graze at increased rates, limiting food supply and resources for other smaller species. This disruption can throw entire ecosystems out of balance. National parks in the west employed two major methods of combating this growing problem. Rocky Mountain National Park introduced an annual cull, while Yellowstone reintroduced grey wolves as a natural predator. The successful Yellowstone reintroduction in the 90’s soon generated discussion of a similar program to control elk populations in Colorado. Talk of a reintroduction initiative was whispered about for years until a group called the Rocky Mountain Wolf Project (RMWP) began a focused campaign of collecting support for introducing a reintroduction bill on the 2020 ballot. After garnering over 200,000 signatures in favor of the proposed bill, Prop 114 was officially up for a vote by Coloradans and ultimately passed via an extremely narrow margin. Back in August, a survey showed that 84% of Coloradans supported reintroducing wolves, so what ultimately made this issue so decisive?

Proponents for reintroduction often cite the 1995 Yellowstone reintroduction initiative as a pro for the potential success of wolves in Colorado. Prior to wolf reestablishment, Yellowstone’s elk populations had also reached undesirable levels. When the wolves were reestablished into the park, they quickly reduced the elk populations to healthy levels and in turn the local aspen and willow populations began to show growth. Aspen and willow are keystone species in Yellowstone, and the benefits of their increased numbers was observed throughout the ecosystem. More tree habitat benefited populations of tree-dependent species such as songbirds and beavers. Increased beaver populations resulted in more damming, creating more wetland habitat allowing for yet more species to thrive. Aspen and willows revegetated the banks of rivers and streams, which created more protection for fish from predators. While there is some debate as to the magnitude of the effects, many studies show the Yellowstone reintroduction resulted in a healthier, more sustainable ecosystem. 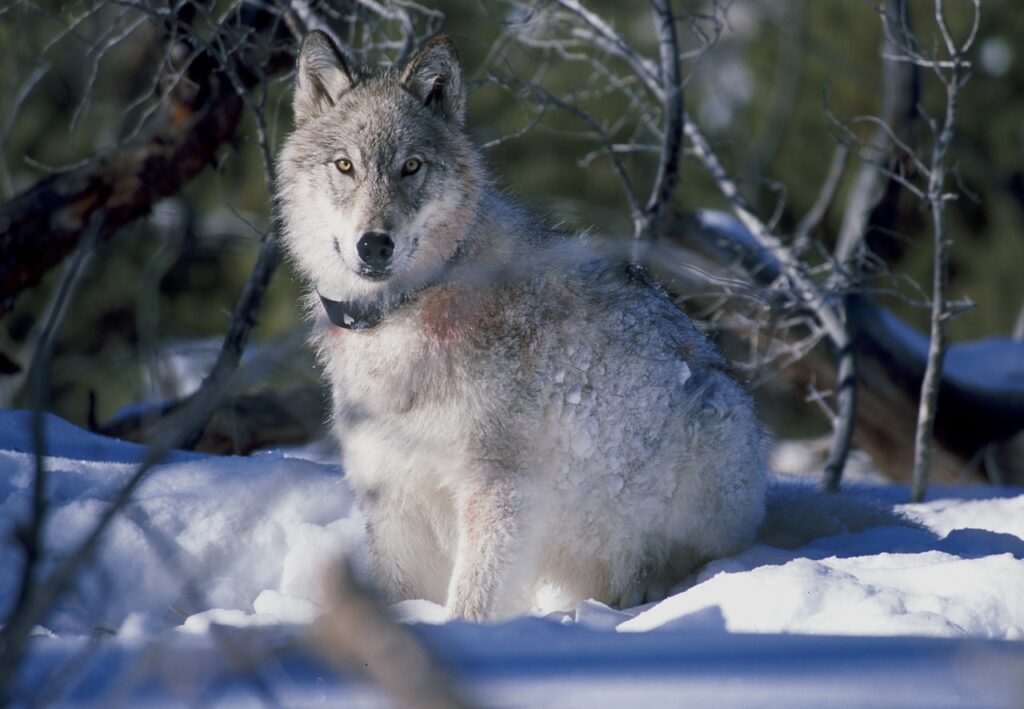 In Colorado, wolf reintroduction was ultimately decided against and the Elk and Vegetation Management Plan was adopted in 2009. The Plan instilled an annual cull, where hunters would be granted tags through a lottery system, allowing them to kill a certain number of elk in Rocky Mountain National Park and other areas. The Plan has succeeded in curbing the populations of elk back toward healthier levels in recent years. However, elk populations have also been depleted due to increasingly high mortality rates from diseases such as chronic wasting disease. Culling, while effective at reducing numbers of elk, has not proven to be as sufficient as a natural predator at increasing the overall fitness of the prey animals. In order to conserve vital energy, tertiary predators like wolves tend to pick off the weak, old, and/or diseased prey individuals because they are the easiest to kill. This in turn removes diseased individuals from the gene pool, limiting disease spread throughout the herd. It also increases the fitness of breeding individuals, thus increasing the fitness of their offspring. The result is an overall healthier ungulate population, which benefits both the species and their consumers. In Yellowstone, it was also observed that these increased wolf kills resulted in healthier and more sustainable populations of mesocarnivores and scavengers. With more carrion available throughout the year, lower level predators are less vulnerable during harsh winters. It has also been suggested that this relationship allows for scavengers and mesocarnivores to better adapt to a changing climate. 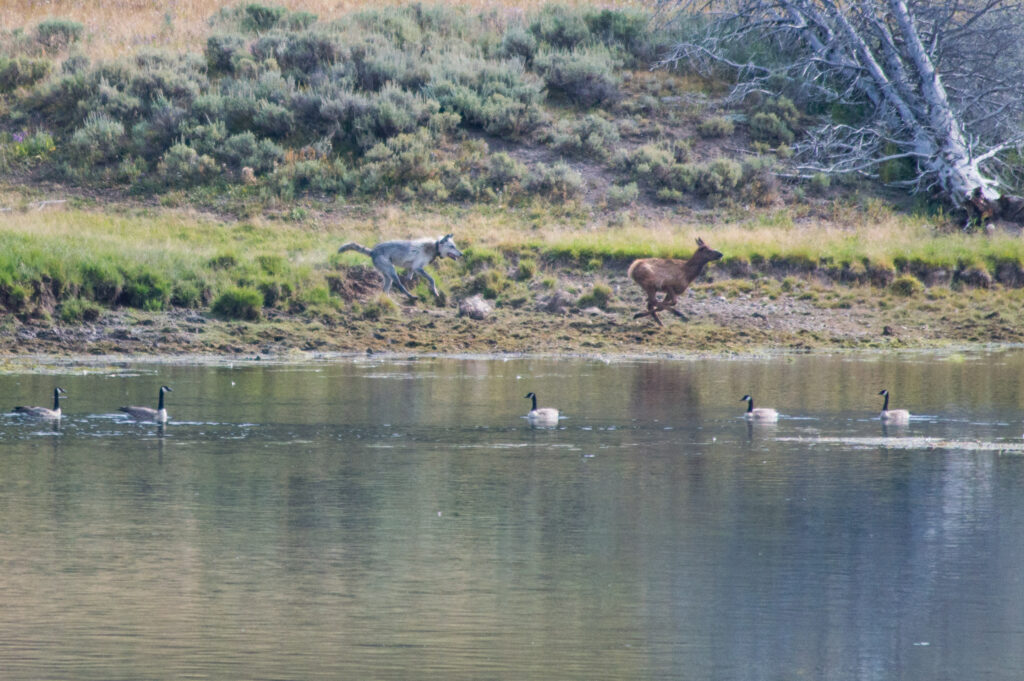 In addition to ecosystem benefits, the Yellowstone wolves also brought economic benefits to the park. Increased tourism was documented following the wolves’ reappearance in the park. Local economies benefited as well. Wolf ecotourism based companies have sprouted up and prospered in and around Yellowstone. Should wolves be reintroduced to Colorado, similar effects are predicted to be felt for surrounding communities. However, with record numbers of tourists coming to the state each year, people worry that wolf-human interactions are likely. Managing those interactions will present a challenge for Colorado Parks and Wildlife, but luckily wolf attacks on humans are extremely rare. In the last 60 years, there have been only 80 reports of both aggressive and non-aggressive human-wolf interactions, none of which resulted in a fatality. Of the 80 cases, only 25 were documented as unprovoked aggression towards humans and only 13 of those 25 resulted in non-fatal injury. By contrast, more humans are killed by domestic dogs each year in North America than by wolves.

One of the major arguments against western wolf reintroduction has been controlling human-wolf interactions. Concerns regarding conflict between wolves and livestock have spurred numerous surveys of annual livestock deaths in wolf-inhabited areas. However in general, only an extremely small percentage of livestock deaths are due to wolves, often less than one percent over the total area of the United States. In Wyoming, less than five percent of livestock loss was attributed to predation by wolves. By contrast, over ninety percent of cattle loss is due to disease annually. Compensation is also granted to those ranchers who do experience livestock loss due to wolf predation. However, when cattle are a rancher’s livelihood, any loss no matter the origin can be devastating. Additionally, some ranchers claim it can be hard to provide proper evidence of wolf predation in order to receive compensation. Ranchers in the state also worry having wolves around their livestock will stress the animals and cause weight loss, hurting their profits. 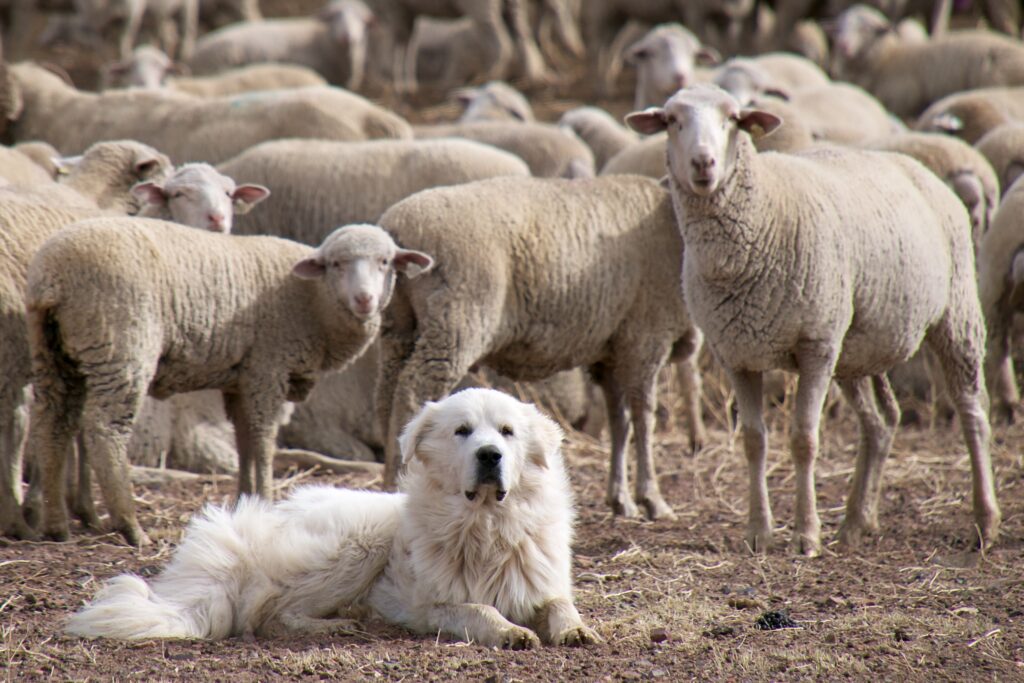 Another point cited by both sides of the argument is that wolves are already here. In 2019, wolves were sighted in Jackson County, located in the Northwestern portion of Colorado on the border of Wyoming. Since those sightings, evidence has emerged of a pack living in Moffat County, which borders Utah and Wyoming. While these sightings generated a lot of buzz, they were not the first time wolves have been sighted in the Centennial state since their eradication. In 2004, a wolf was killed when it was hit by a vehicle near Idaho Springs and a few years later, one was found dead in Rifle. Numerous sightings over the years show that wolves do occasionally venture from their northern habitats into Colorado. Anti-reintroduction supporters cite this, claiming that the species will eventually be re-established naturally. Pro-reintroduction supporters however, point out that in order to get here wolves must travel long distances over hostile territory in Wyoming where they are legally allowed to be hunted. For these reasons, they haven’t had much of a chance to build a sustainable population that is large enough to affect the local ecosystems.

Despite an incredibly close 50-49, voters ultimately decided via a margin of 33,000 votes to reintroduce the controversial predators back onto the Western slope. Colorado Parks and Wildlife is now required to draft a reintroduction plan in the next three years. While this is a victory for the predators and the bill’s supporters, CPW will face a lot of challenges in drafting a plan that will account for ranchers, increased state population, and booming tourism. Additionally, the Drumpf administration has removed wolves from the endangered species list, meaning that although the state will have the freedom to manage without interference from the Federal government, they also won’t receive funding toward reintroduction. Despite the numerous challenges that CPW will have to overcome before these large predators can set paw on the Western Slope, supporters hope that reintroduction will have an overall positive effect on our ecosystems and ultimately Colorado’s natural future. 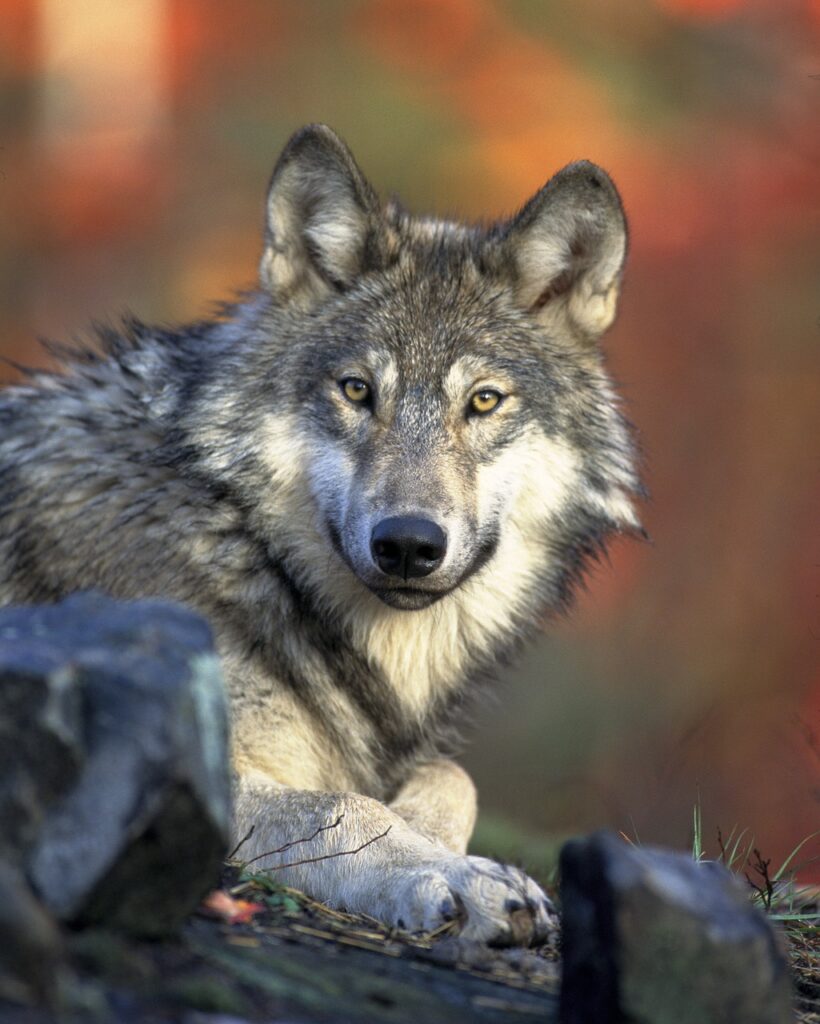 Anatomy of an Upslope Snowstorm