The pride of Colorado’s spectacular backcountry is its national parks. From the crown jewel, Rocky Mountain National Park, to Mesa Verde, Black Canyon of the Gunnison, and Great Sand Dunes National Park, Colorado has pride in it’s preserved lands, displaying the most iconic Western landscapes. Colorado Wilderness Rides and Guides is proud to support and lead extraordinary trips into our wildernesses from the Rocky Mountains to the Black Canyon of the Gunnison. From climbing to skiing, hiking, sightseeing, photo tours, and snowshoeing, we love spending the magical Colorado summers in our parks. Check out some of the best of our National Parks. 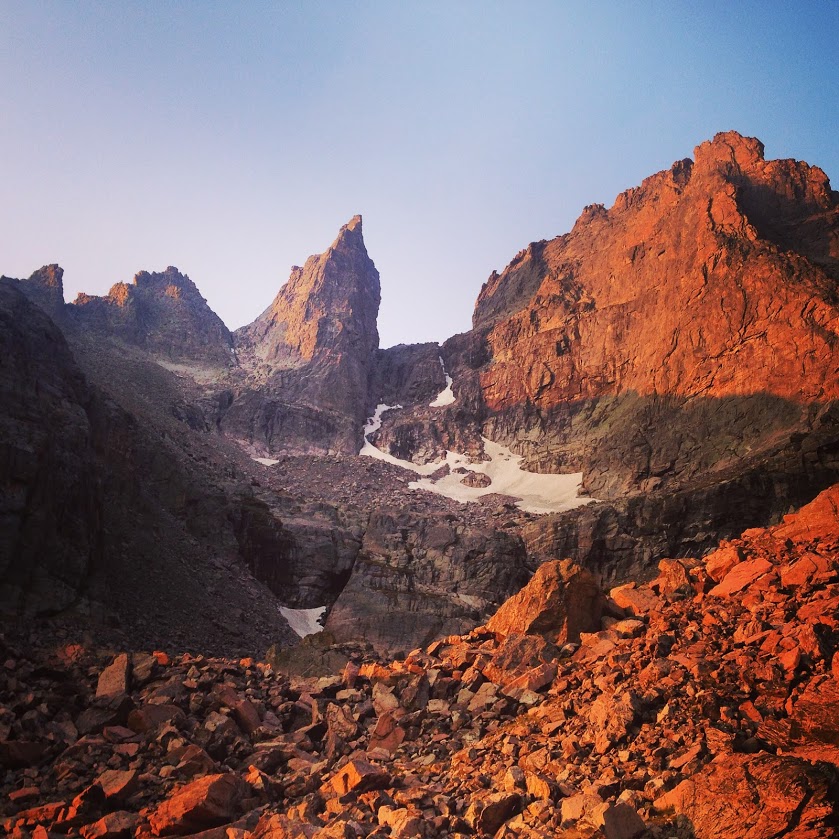 Rocky Mountain National Park is one of America’s proudest and most visited national parks. Stretching over 400-miles, the Rockies are filled with dense woodlands, towering peaks, shimmering alpine lakes, cascading waterfalls, and lowland prairies filled with wildlife. America’s 10th national park is a playground for climbers, skiers, fly fisherman, hikers, and backpackers, with spectacular scenery and thousands of trails throughout the park for beginner and advanced outdoor enthusiasts alike. Colorado Wilderness Rides and guides is proud to be an official concessionaire for Rocky Mountain National Park, offering backpacking, climbing, skiing, and fly fishing throughout the mountains, lakes, and grasslands.

With miles of trails stretching throughout the park, we offer full-day and multi-day hiking, from the alpine lakes of Gem and Emerald Lake to the above tree-line splendor of Chasm Lake, set dramatically under the Diamond Face of Longs Peak. We also offer multiple sightseeing tours, including an excursion to see wild elk bugling in the fall during their mating season, and a trip up Trail Ridge Road, one of America’s highest paved roads, and one of the few to rise above 12,000-feet. Want to experience it in a new way? Join us for a bike tour as we descend over 3,600-feet to the town of Estes Park.

Mesa Verde National Park is one of Colorado’s most important archeological treasures, featuring sandstone and wooden homes built into the side of the canyon, mesmerizing pictographs, pottery and tools utilized by Ancestral Puebloans. In the late 19th-century and early 20th-century, many flocked to Mesa Verde to search for hundreds of rare pre-Columbian artifacts that dotted the landscape. With the need to be protected, the Smithsonian Institution pushed for the protection of the park and its alcoves where pristine examples of cave paintings, Pueblo architecture, baskets, and pottery tell a rich story of the colonization of Southeastern Colorado.

There are many trails throughout that park that access the ruins, including the brightly painted, multi-tiered Cliff Palace, and the Balcony House, which requires climbing a 32-foot ladder and crawling through a 12-foot tunnel to access the village. Many of these sites have endured extreme hot and cold, fires and rock fall, continuing to exist today. To enter the homes and see the bright paint, artwork, and masterful craftsmanship is a remarkable experience. 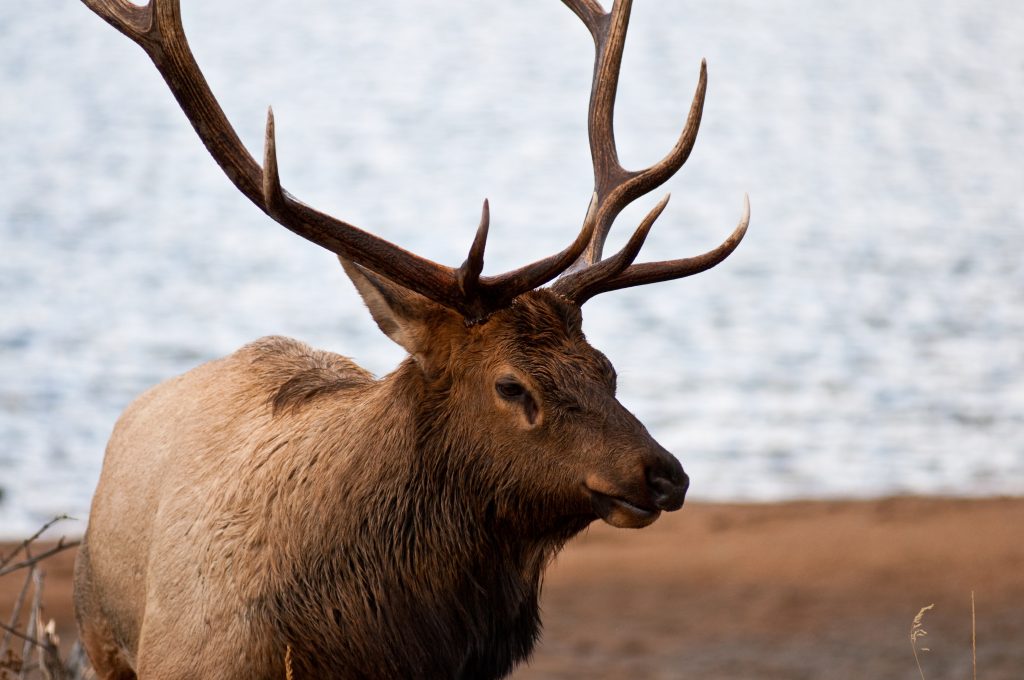 With its shadowy walls, spindly Juniper trees, and expansive chasm, Black Canyon of the Gunnison is one of Colorado’s most impressive wonders, offering a bevy of sightseeing, hiking, and rock climbing opportunities. The Black Canyon is home to some of Colorado’s tallest and most challenging climbing walls, featuring 2000-foot walls, which extend to as much as 16-pitches of complex, interesting crack climbing.

Not only limited to climbing, Black Canyon also offers miles of steep, challenging trails such as the North Vista Trail, which climbs to the aptly named Exclamation Point inside the canyon, and the Chasm View Trail, which climbs up to excellent views of the Painted Wall. Enjoy breathtaking views over craggy spires, intimidating vertical walls, and mesmerizing vistas of the Gunnison River, which cut the canyon over millions of years. 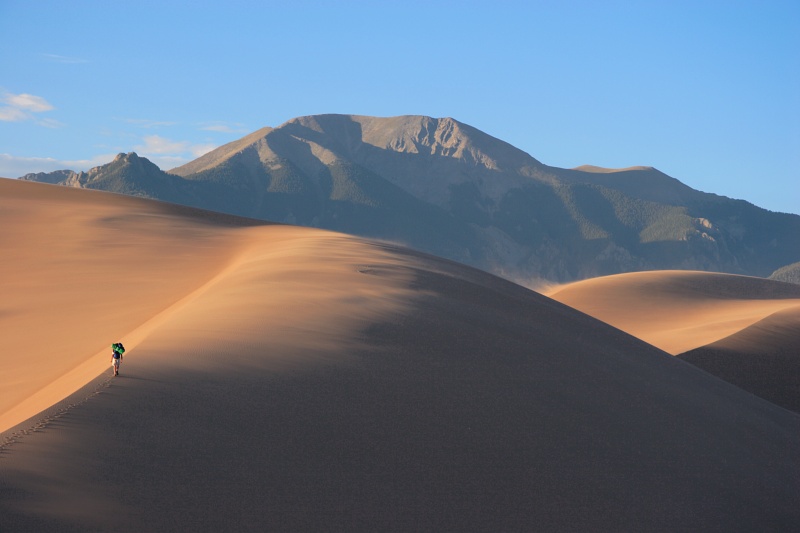 Set in the desert of the San Luis Valley, at the foot of the Sangre de Cristo Range, Great Sand Dunes National Park features towering hills of silica and iron, formed from the residue of two dried creeks which blow into rolling dunes, some as high as 750-feet! The Great Sand Dunes are akin to a living national park, since the winds are constantly re-shaping the land as well as a diverse selection of wetlands, tundra, grasslands, and high alpine lakes. Set around the dunes, the aspens and cottonwoods give way to such spectacular wonders as Zapata Falls, a 30-foot cascade, which tumbles through a short canyon.

The park is accessible to hiking, camping, and backpacking, as well as sand boarding, where one can ride the sand like a snow slope. There are plenty of opportunities for wildlife watching, as bison, bear, elk, jackrabbit, inhabit the area as well as bighorn sheep and many species of birds.

Colorado Wilderness Rides and Guides is a proud concessionaire for Rocky Mountain National Park for technical climbing, mountaineering, and ski touring. We want to show you the best of our public lands and why we’re so proud to represent them. Call 720 242 9828 to book your adventure today!