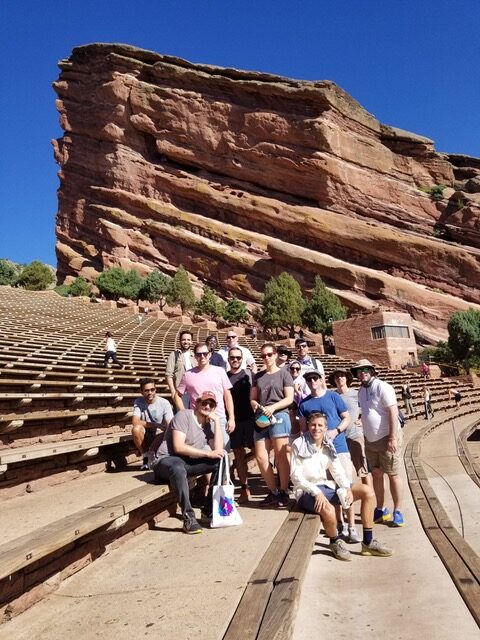 As the gateway to the West, Denver is one of the cultural centers of the United States. With a legendary music, art, and brewery scene, along with the colorful characters that made the city, Denver is where the mountains begin, and a sightseeing tour through Denver and it’s surrounding communities, mountains, and canyons, gives a glimpse into one of America’s most iconic cities. From the Denver Mint and the State Capitol, to Red Rocks Amphitheater and the Buffalo Bill Museum, these are some of the best of Denver’s rich history.

Downtown Denver is a treasure trove of historical sites and stories that tell about the rich story of the West. From the golden-domed state capitol building to the Denver Mint, the city with a Rocky Mountain backdrop gleams on its mile-high perch. We’ll start by exploring the heart of downtown, seeing such iconic buildings as the Art Museum, Larimer Square, 16thStreet Mall, and the home of socialite and Titanic survivor, Molly Brown. We’ll then turn west and explore Denver’s open spaces such as Cherry Creek State Park and the Jefferson County open spaces, set less than half an hour from downtown. Here we’ll get an incredible Rocky Mountain panorama, while also enjoying the wide-open country that stretches between Denver, Boulder, and Golden.

Just less than an hour from Downtown Denver is one of America’s most beloved Western towns, Golden and Morrison, set on the edge of Clear Creek Canyon. If there was a town that described Colorado’s frontier past, these two cities define living on the edge of serene wilderness, featuring one of America’s most famous music venues to the grave of a legendary Wild West Showman. We’ll start in Downtown Golden, where it’s easy to see what this town looked like at the end of the 19th-Century, when it was at the epicenter of Colorado’s gold rush and the start of the mining in Clear Creek Canyon. We’ll then head to see the famed Red Rocks Amphitheater, the iconic rust rock music venue, which has hosted generations of legendary artists, from The Beatles to U2. After seeing Red Rocks we’ll head to the top of Lookout Mountain, just above Golden where we’ll get to see the grave of Buffalo Bill Cody, famed for his Wild West spectacular, which toured the world and made him a colorful and iconic Colorado figure.

Heading farther west, we’ll get to explore Idaho Springs, which was the site of one of Colorado’s first gold discoveries. Set on the banks of Clear Creek, Idaho Springs is choc-full of historic mines, antique unchanged architecture dating from the 19th-Century, and a bohemian-like atmosphere hanging above the town. This is exploring Colorado at it’s best, with small-town charm set at the heart of the mountains.

After Idaho Springs we’ll head up the road to Mt. Evans, one of the few roads in the United States to go above 14,000-feet. From the summit we’ll have a grand view overlooking Clear Creek County and the mountains beyond. This is a great way to see a view from the top of a Colorado 14er without having to hike to the top.

Downtown Boulder and Beyond Sightseeing Tours

After Boulder, we’ll head north to Rocky Mountain National Park. As one of America’s most beloved national parks, Rocky Mountain features big scenery, lots of wildlife and extraordinary vistas in all directions. We’ll get to see wildlife such as moose, black bear, deer, elk, mountain goats, and bighorn sheep, and we’ll get to see some of the most iconic sites in the park including mountains, waterfalls, and alpine lakes. This is an opportunity to see Rocky Mountain National Park in a way that few others from outside Colorado get to experience.

Just an hour west of Boulder is the Indian Peaks and James Peak Wildernesses. Set on the Peak-to-Peak Highway, this extraordinary land of mountains, lakes, and wildlife has a ‘locals’ feel, since it’s relatively unknown to the rest of the world. We’ll get to explore Brainard Lake with it’s spectacular mountain backdrop, see wildlife such as moose, black bear, and deer, and drive through quaint mountain towns as we make our way through quaint mountain towns and stop through the weird and wonderful little bohemian hamlet that is Nederland.

There are plenty of sightseeing options right out of Downtown Denver’s doorstep. Call us at 720 242 9828 or visit www.cwrag.comand plan your adventure today!

Best Multi-Day Hikes and Backpacking In 2019