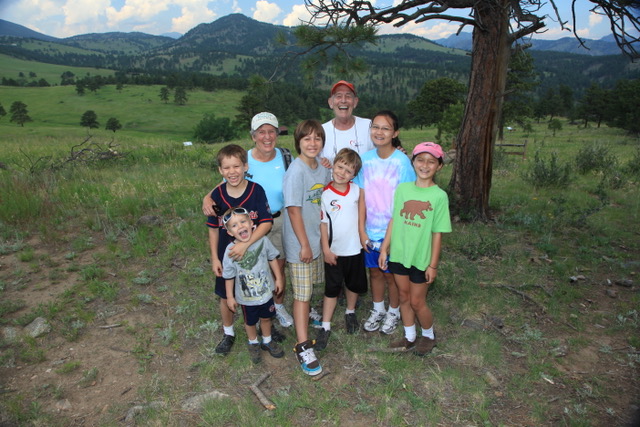 Late winter and early spring is a special time to be in Colorado. From the snowcapped mountains to the wildlife-watching opportunities, Colorado’s splendors open up to those who want to see the best of the state with minimal physical effort. From Rocky Mountain National Park to the Indian Peaks Wilderness, and the cities of Boulder and Denver, the landscape becomes alive with wildflowers and extraordinary vistas. You don’t want to miss the opportunity to see the state at it’s best. Here is best of winter and spring sightseeing in Colorado.

In the late winter and early spring, Rocky Mountain National Park comes alive, as the snow stays in the mountains up high, but throughout the winter, the lower basins melt out, revealing a lush greenery down below and mild temperatures, while the high plains are wintery and cool. A sightseeing tour in Rocky Mountain National Park takes you to see the lower basins, before the famed Trail Ridge Road opens later in the year, with opportunities to view wildlife such as elk, deer, moose, and possibly black bears as they come out of their hibernation.

Beyond the roads, there are short hikes to easily accessible alpine lakes like Bear Lake, which shimmers with Flattop and Hallett Peak among a spectacular alpine cirque rising dramatically in the background. Along the way we’ll get to stop at some at some of the scenic viewpoints along the road where we’ll have grand views of the mountains in the distance and excellent photographic opportunities.

The splendor of the park is further enhanced when doing a tour earlier in the morning or late in the day at sunrise or sunset, when the entire park is lit in a brilliant golden hue. 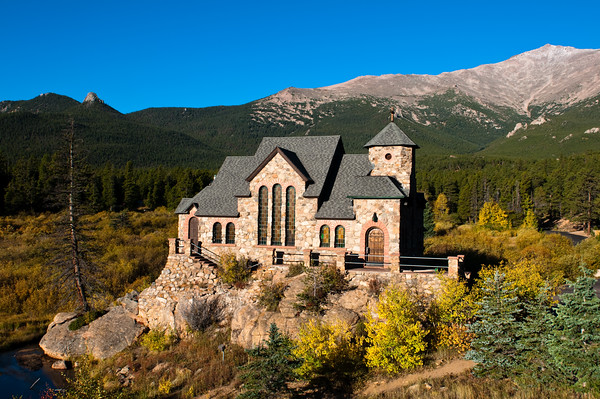 Less known to outside visitors than Rocky Mountain National Park, the Indian Peaks Wilderness is famed as a local’s favorite. Still on the Continental Divide, the Indian Peaks feature a jagged skyline outside the confines of the park, and it’s own landscape, with grazing elk, moose, and black bear.

A sightseeing tour in the Indian Peaks Wilderness will take you on the famed Peak-to-Peak Highway, which traverses the length of the wilderness from Boulder to Estes Park. We’ll start by driving up Boulder Canyon and Boulder Creek, with its magnificent sandstone walls and head into the town of Nederland, just an hour west of the city. Nederland is a quirky little hamlet town, with an eccentric main street and shimmering reservoir with the mountains rising in the background.

After Nederland we’ll take the high roads and begin an ascent onto the highway, where we might have the opportunity to stop by Brainard Lake, which may be frozen solid in the winter, or exploding with color in the spring.

Rejoining the main highway, we’ll drive past woodlands of fir and aspen trees, where moose, elk, and deer frequently graze, and elusive black bears like to play in green hills after they come out of hibernation. In the distance we have several viewpoints where we’ll get to view such peaks such as Apache and Navajo, and as we get closer to Estes Park, we’ll get views of Longs Peak near Allenspark.

On the way we’ll also get to stop by the picturesque Chapel on the Rock, one of Colorado’s historic holy houses, which was blessed by Pope John Paul II on his visit to Denver in 1993. This is a wonderful photo opportunity as the hills and mountains rising dramatically in the background flank the church, including Longs Peak.

As two of America’s cultural meccas, Boulder and Denver form the historic center of the West, from their famed urban centers to the surrounding hills. With urban tours in Boulder and Denver, we’ll get to explore some of the artistic merits of these two cities from Denver’s antiquity inspired architecture, to Boulder’s famed theaters and shopping streets such as Pearl Street. Along the way we’ll get to explore the city of Golden, one of the original frontier towns of Colorado’s Gold Rush and the home of such legendary figures such as Buffalo Bill.

Set in the eastern plains, Denver seemingly rises out of nowhere, but provides the backdrop for one of America’s fastest growing and most progressive urban centers. A sightseeing tour in Denver starts at the state capitol with its Greco-Roman architecture, and delves into it’s artistic and commerce driven center. In Denver we’ll get to explore the Denver Mint, the largest in the United States, the architecture of the convention center with it’s whimsical blue bear, the art museum, Coors Field, and explore the residences of such colorful local characters as ‘unsinkable’ Molly Brown, a socialite and one of the survivors of the Titanic.

We’ll then head out of town, where only a half hour, we’ll get to explore Golden and Morrison, with such iconic sights as Red Rocks Amphitheatre, which has hosted legendary concerts from such artists as Jimi Hendrix, The Beatles, U2, and The Grateful Dead, and then head towards Golden, one of America’s frontier towns. In Golden we’ll explore the charming red brick architecture and then head for the hills where we’ll get to see the museum and grave of Buffalo Bill, the legendary Wild West Showman.

Boulder takes on a character of it’s own in the winter, as the iconic Flatirons are brilliantly snow-covered, while in the spring, the fields around Chautauqua Park sparkle with wildflowers, emerging greenery, and mild temperatures. In Boulder we’ll explore both the natural and the man-made from Boulder Theater, the heart of the city’s thriving music scene, to Pearl Street, the famed shopping district, and the Boulderado, the city’s oldest hotel. From here we’ll drive up to the top of Flagstaff Mountain where we’ll get a spectacular view of the city from above, the Indian Peaks behind us, and the city of Denver in the distance. Before the summer crowds flock to the warm weather, the winter and spring is a great time to see the city in a way that only the locals get to see it.

Colorado Wilderness Rides and Guides have local guides who know all the ins and the outs of the city, from the hidden gems, to the stories behind the rich history of our cities and wilderness areas. In our heated and air conditioned vans, our sightseeing tours are an informative and entertaining way to see the best of our proud local heritage.

Give the Gift of Adventure This Holiday Season